Time and Place of Competition

The XXIII International Academic Music Competition “Jurmala 2022” in organ performance will take place from June 7 to 12, 2022 in Jurmala High School of Music, Strelnieku prospekts 30, k-1 (digital organ – Johannus Ecclesia D – 450) and Dubulti Lutheran church, Baznicas street 13, Jurmala (pipe organ, III manuals, 29 registers, tracker action, disposition in Attachment / 3). The specific time and venue for each group will be selected and announced after all applications have been received.

The XXIII International Academic Music Competition “Jurmala 2022” in organ performance is organized and managed by the Jurmala High School of Music in collaboration with the Education Department of Jurmala City Council, State Culture Capital Foundation, Dubulti Evangelical Lutheran Church, and the Fund of Support of Jurmala Music Secondary School.

The order of performance is in alphabetical order.

Category A / until 14 years
June 7, 4.30pm - competition and awarding ceremony for Category A / Concert-hall Dubulti 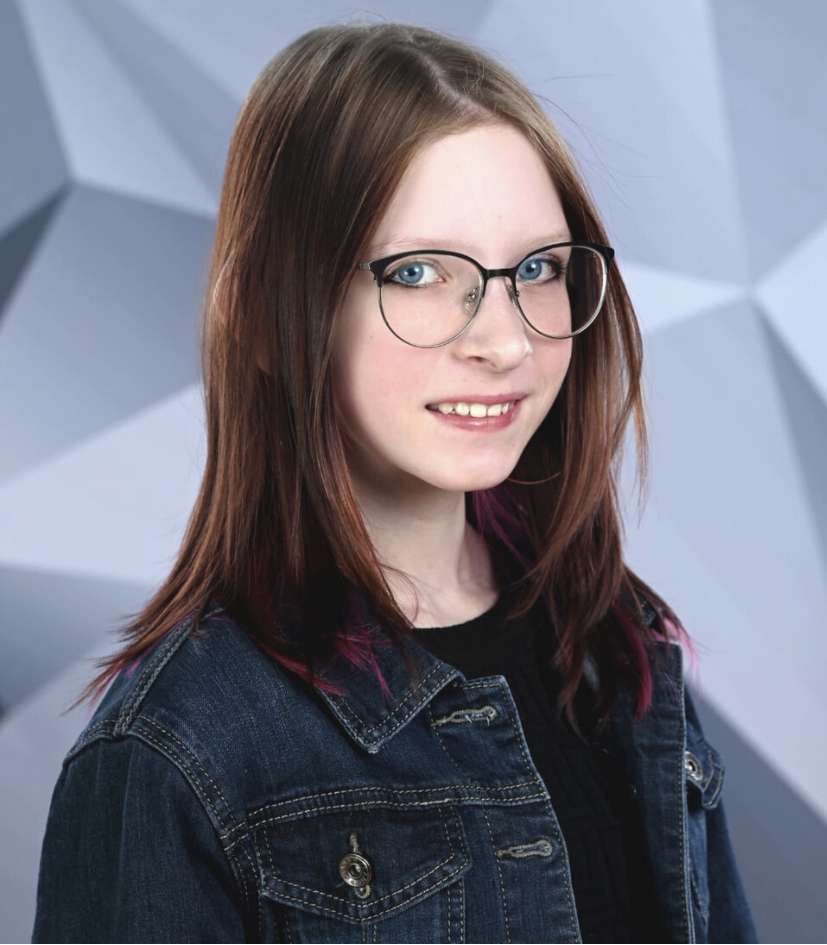 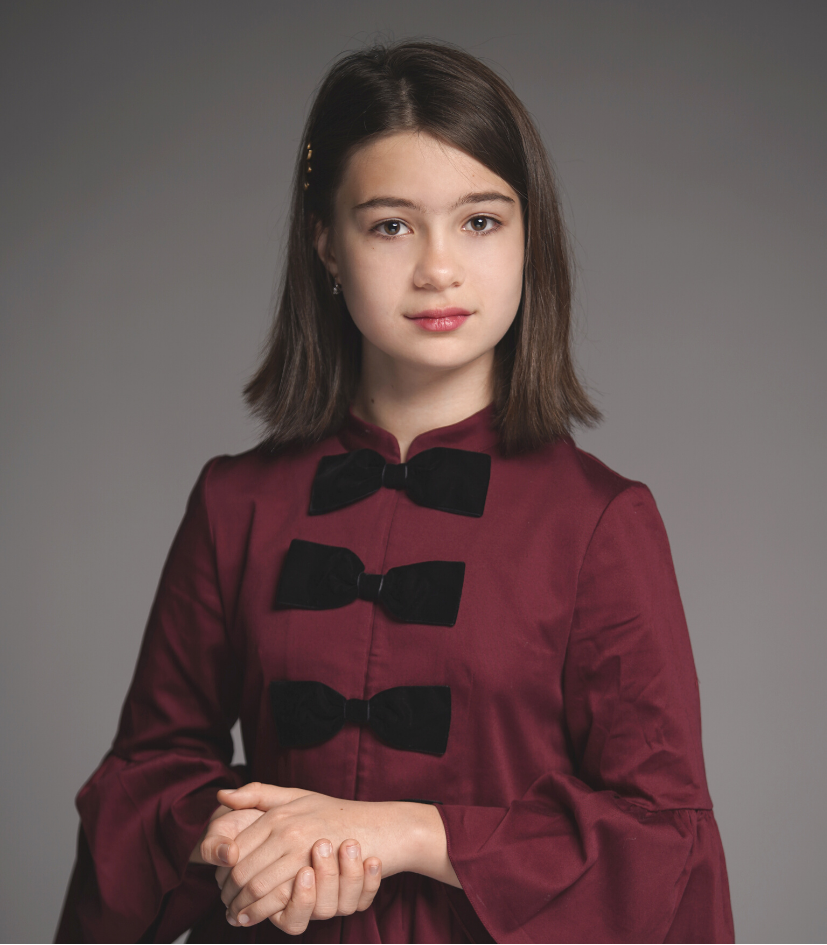 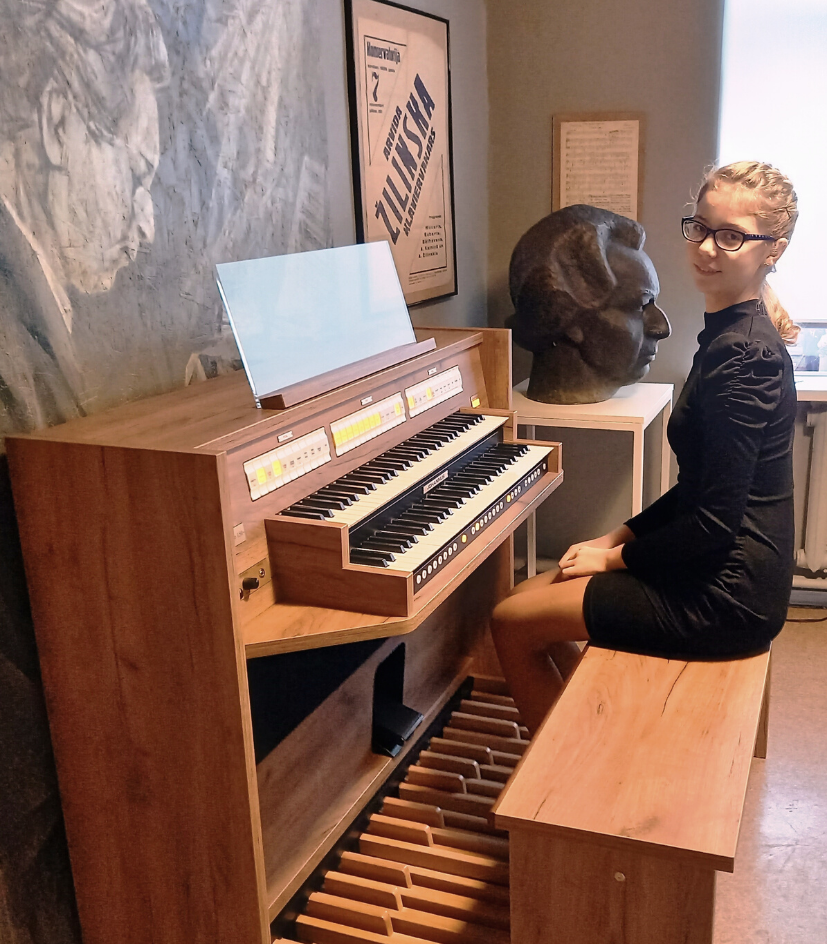 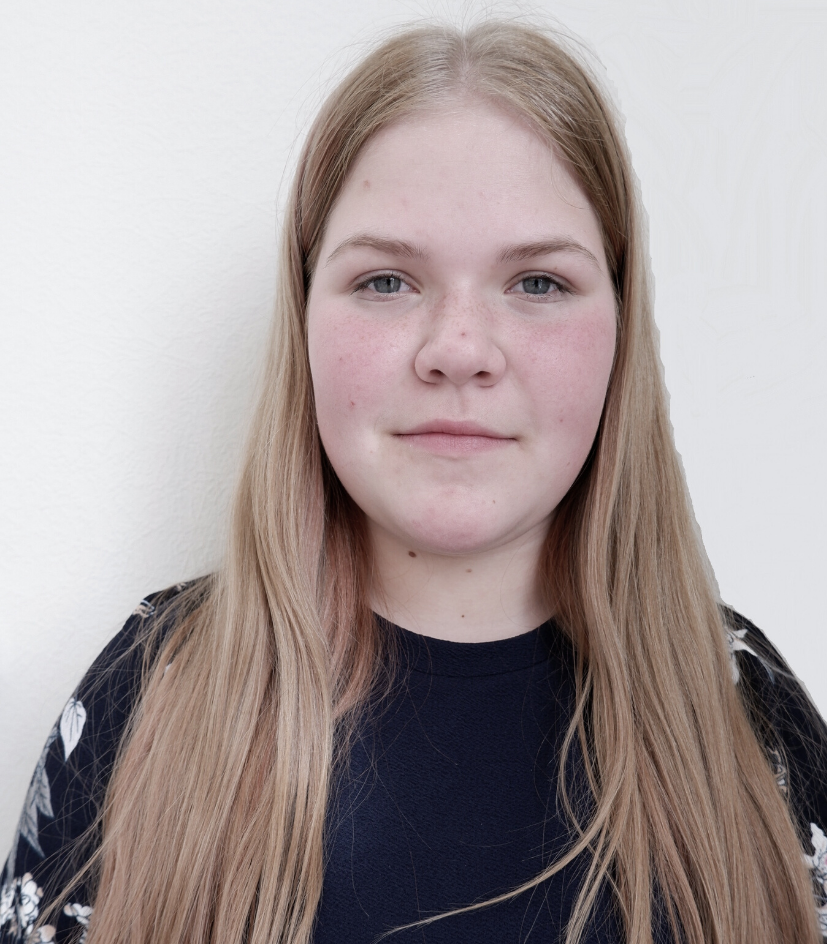 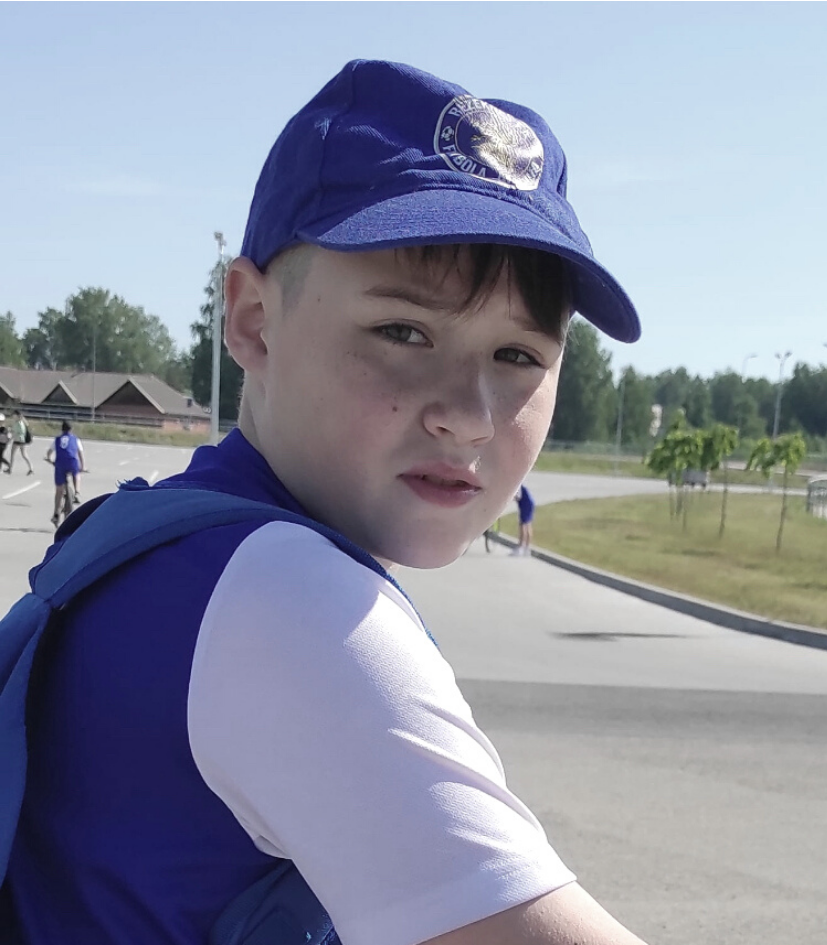 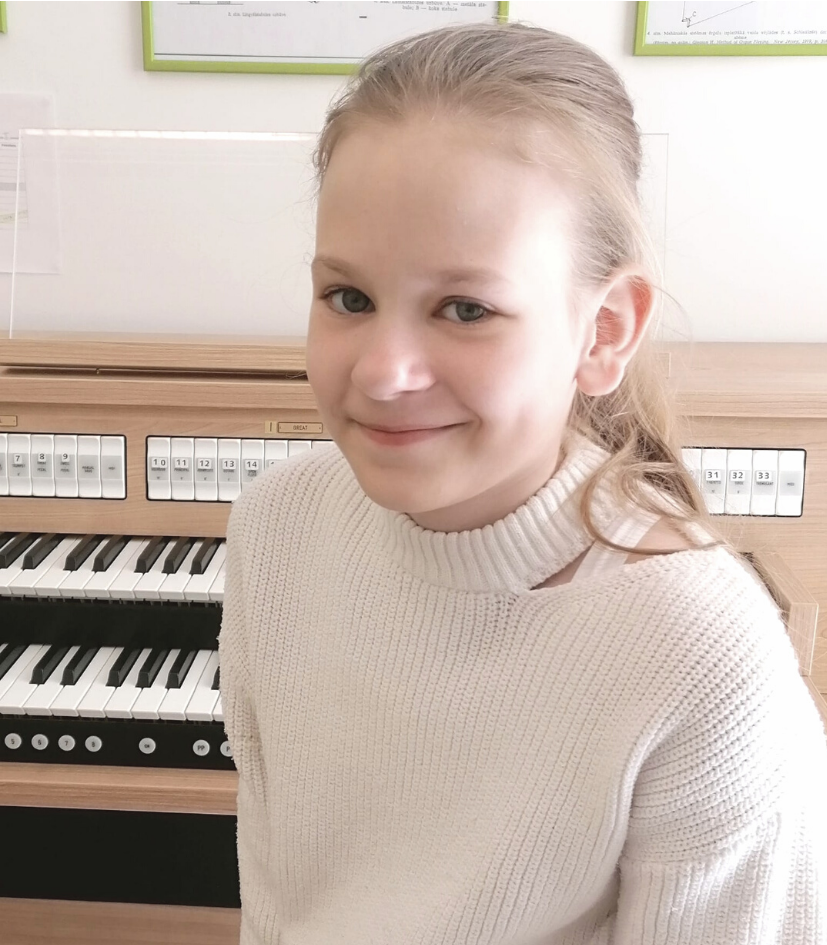 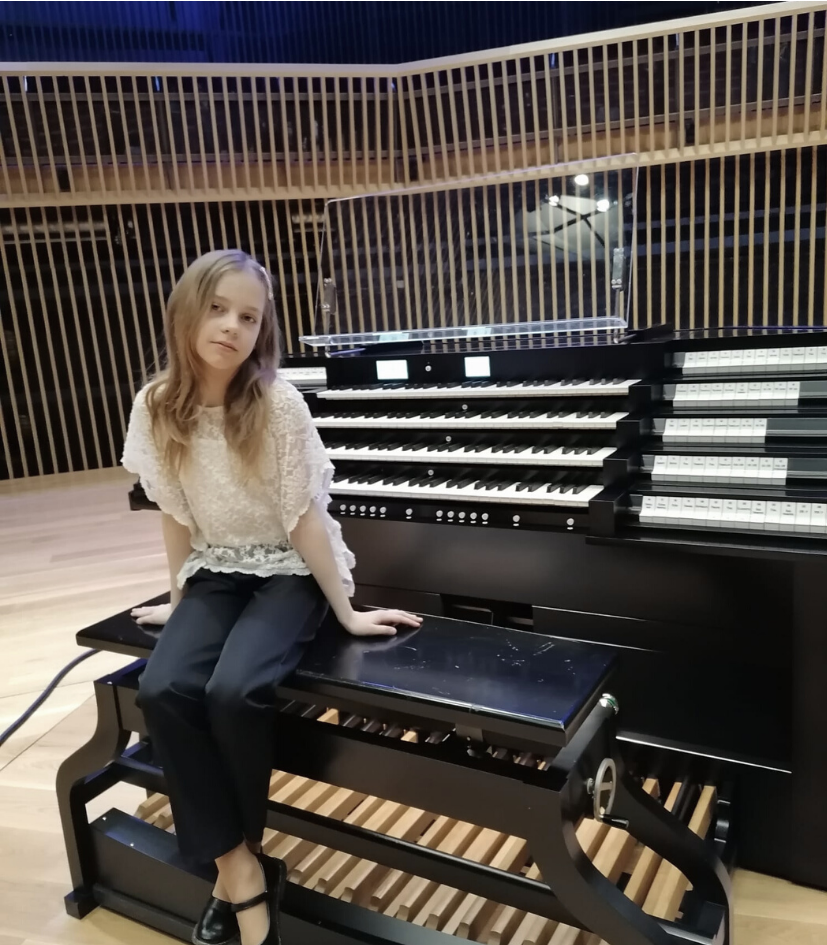 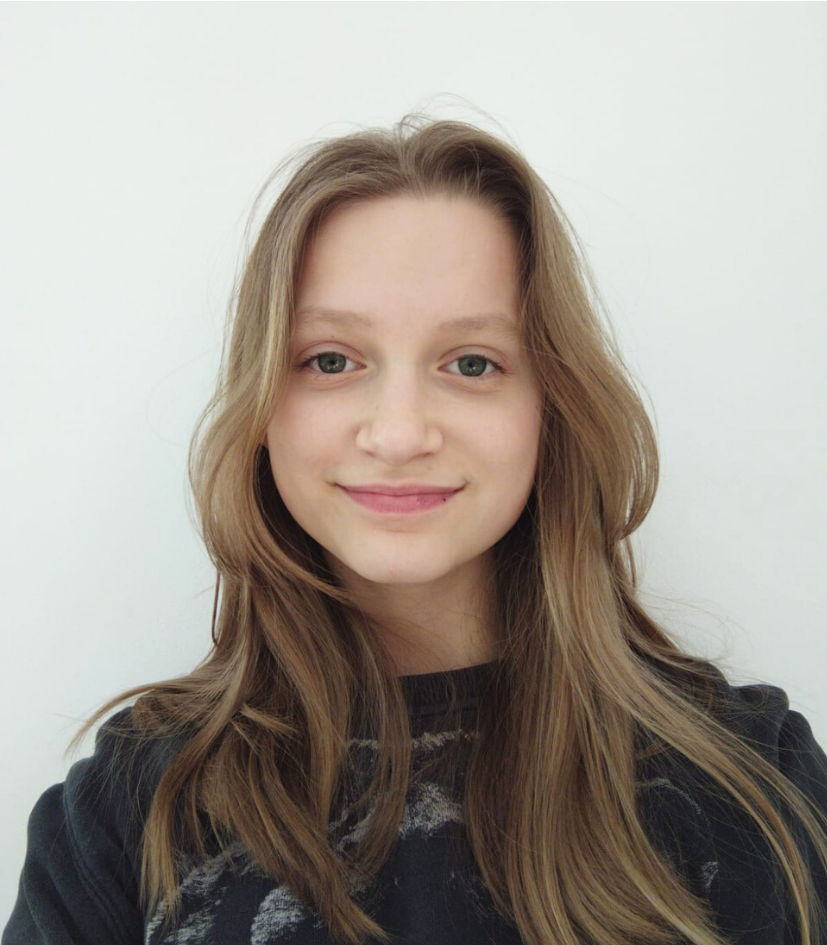 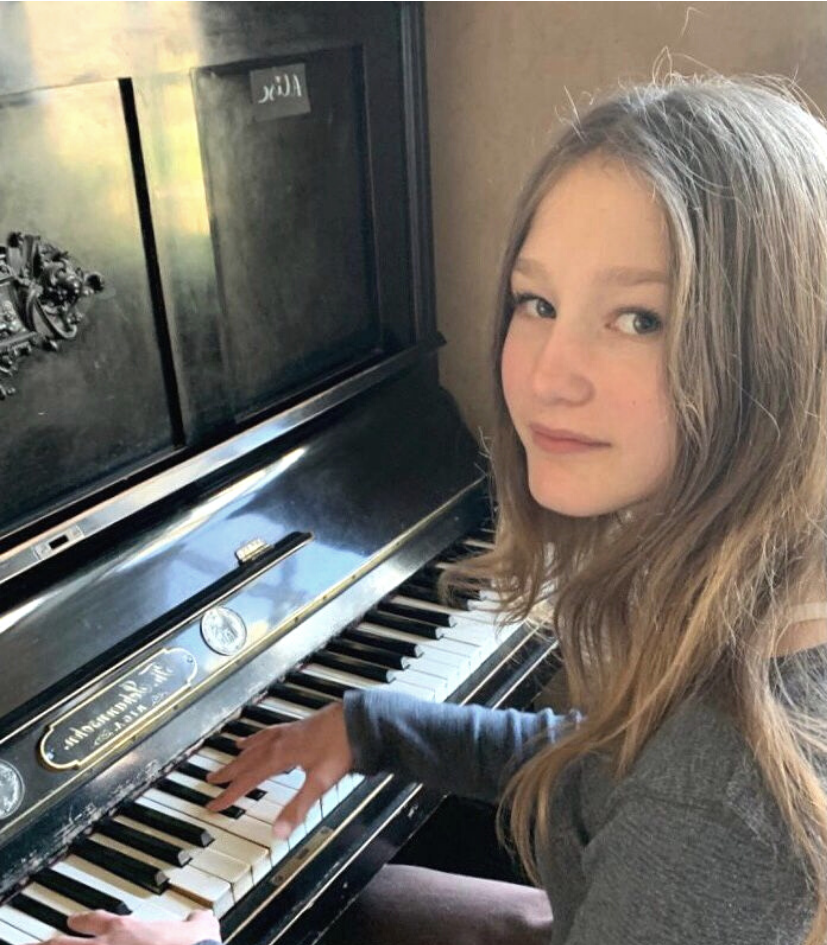 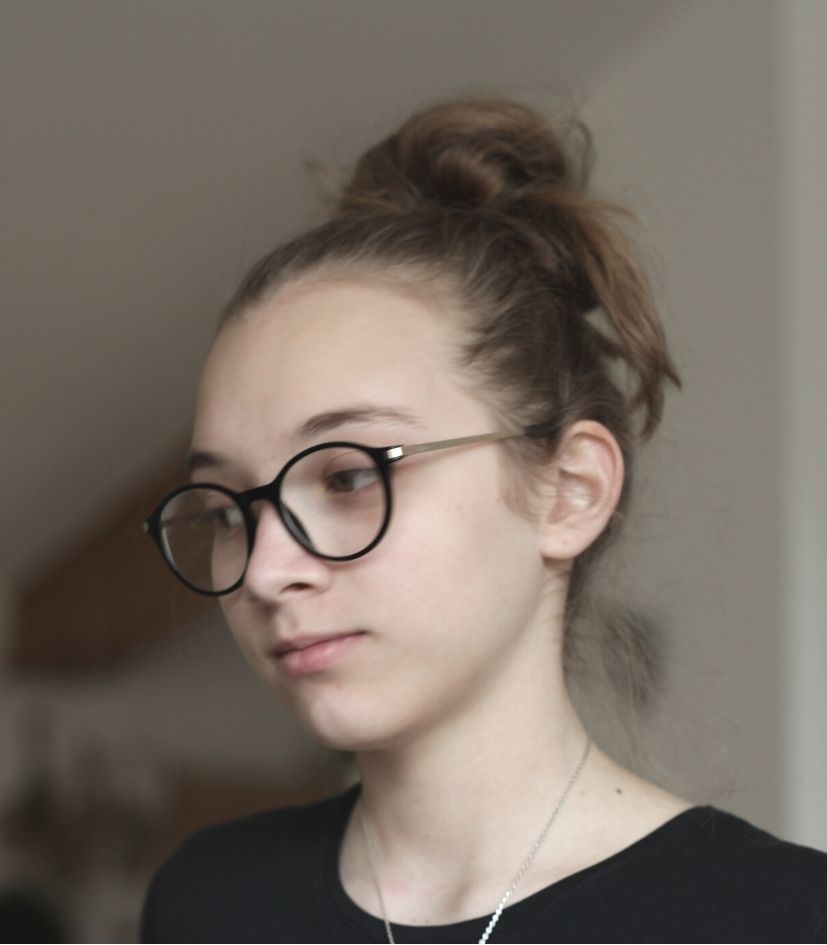 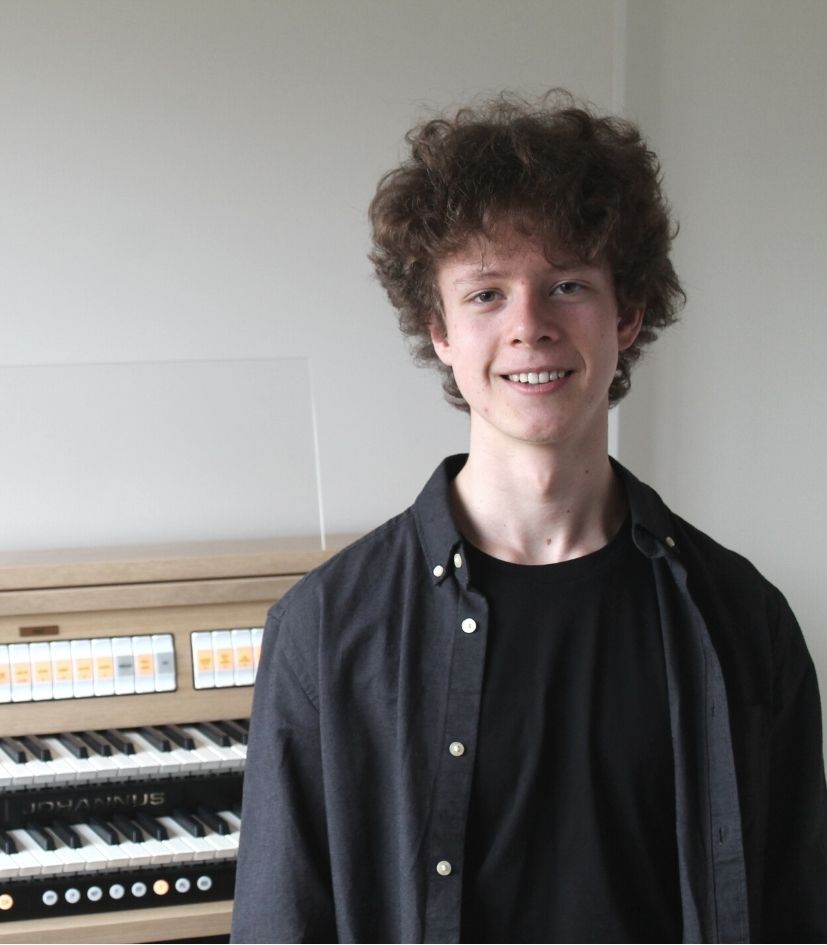 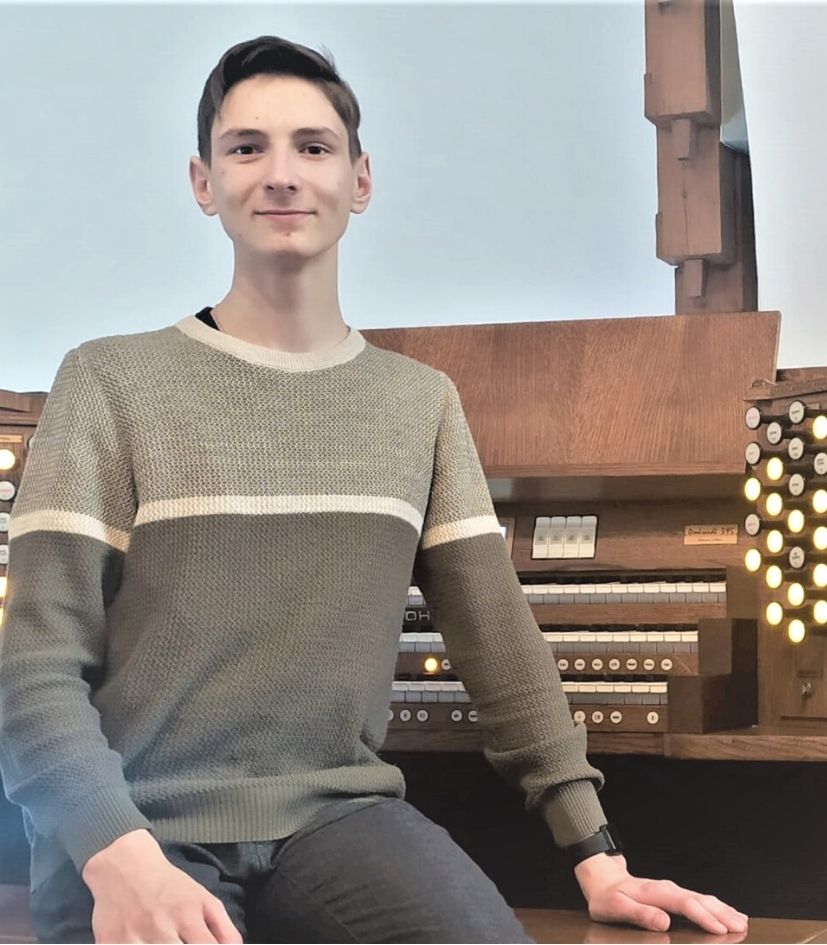 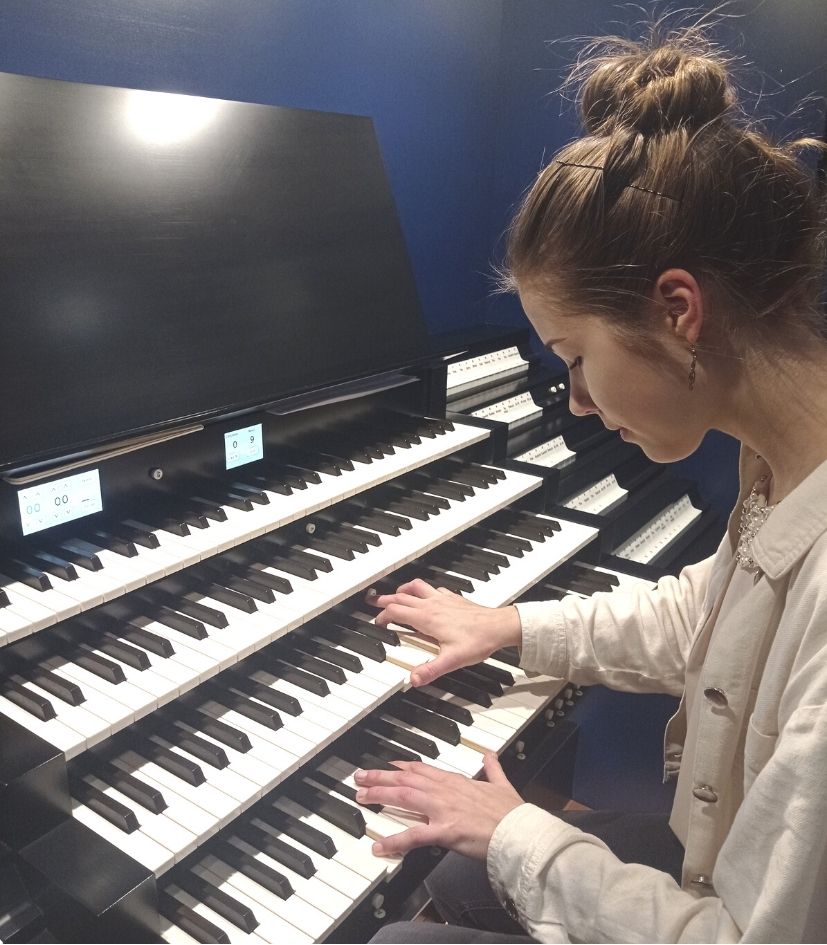 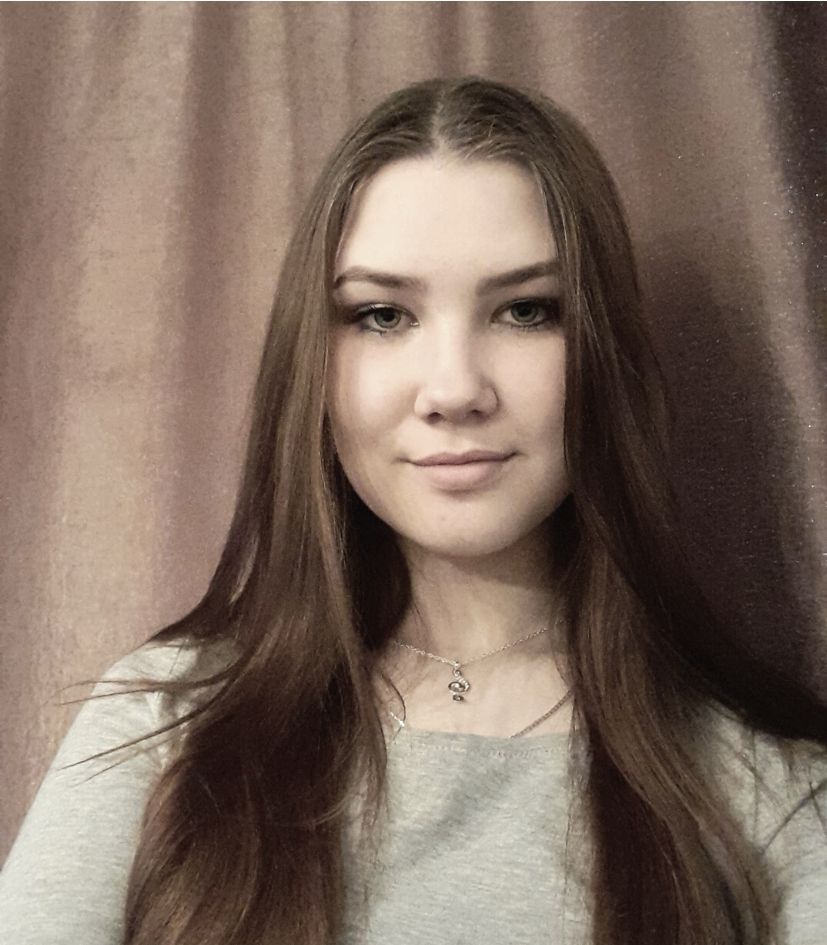 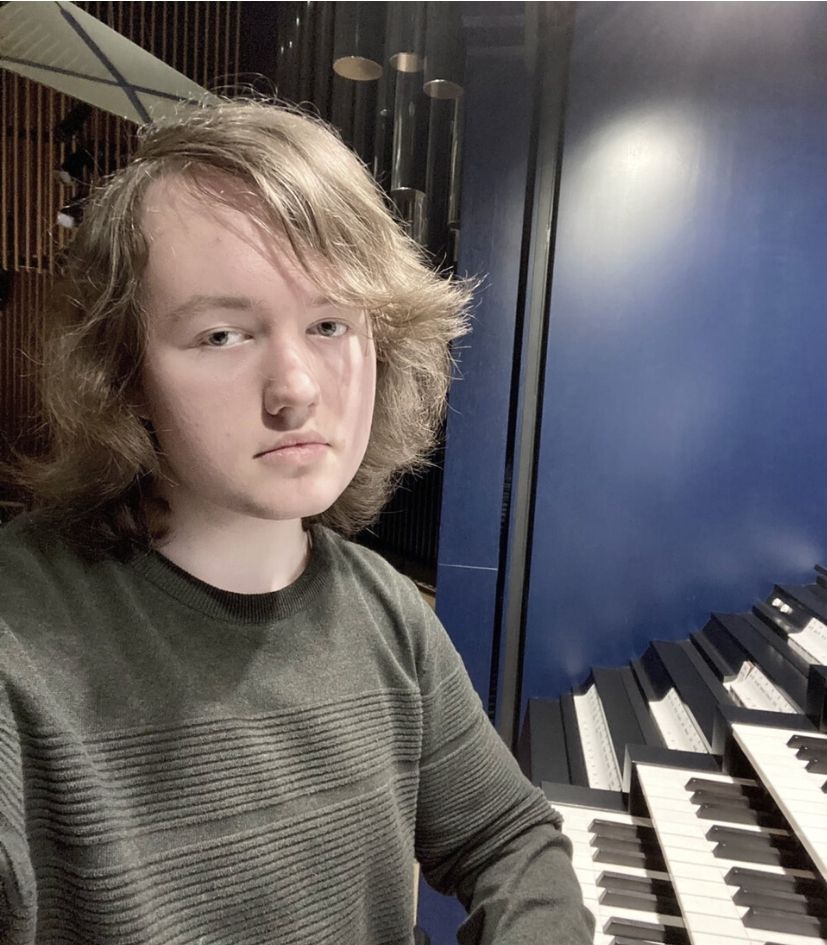 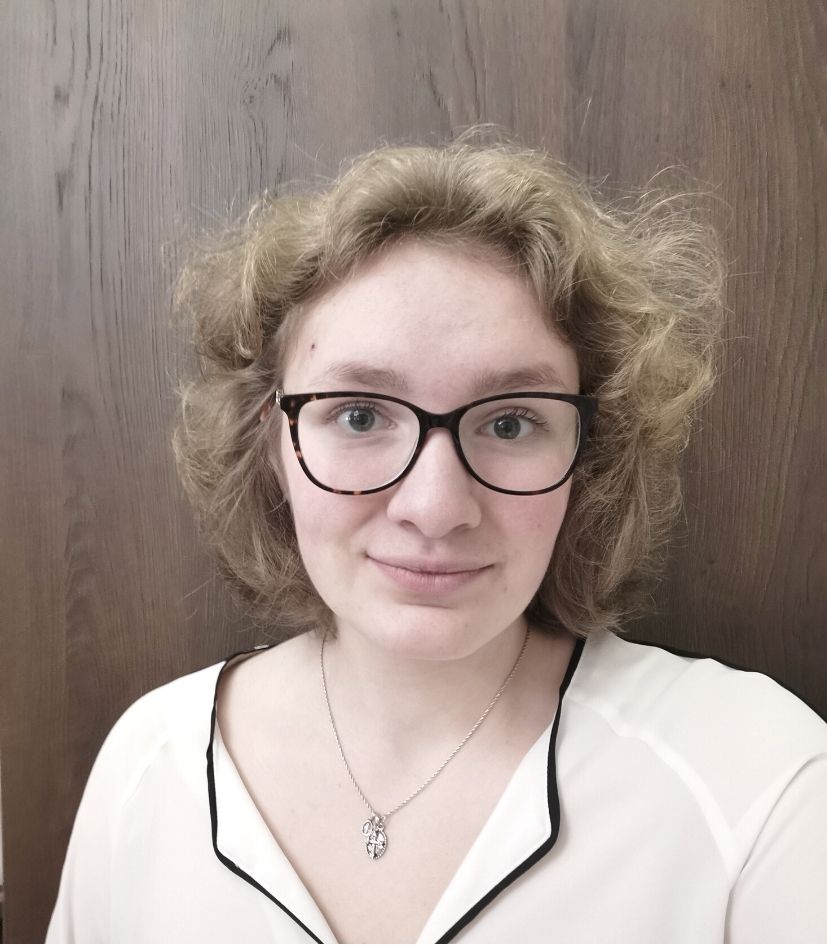 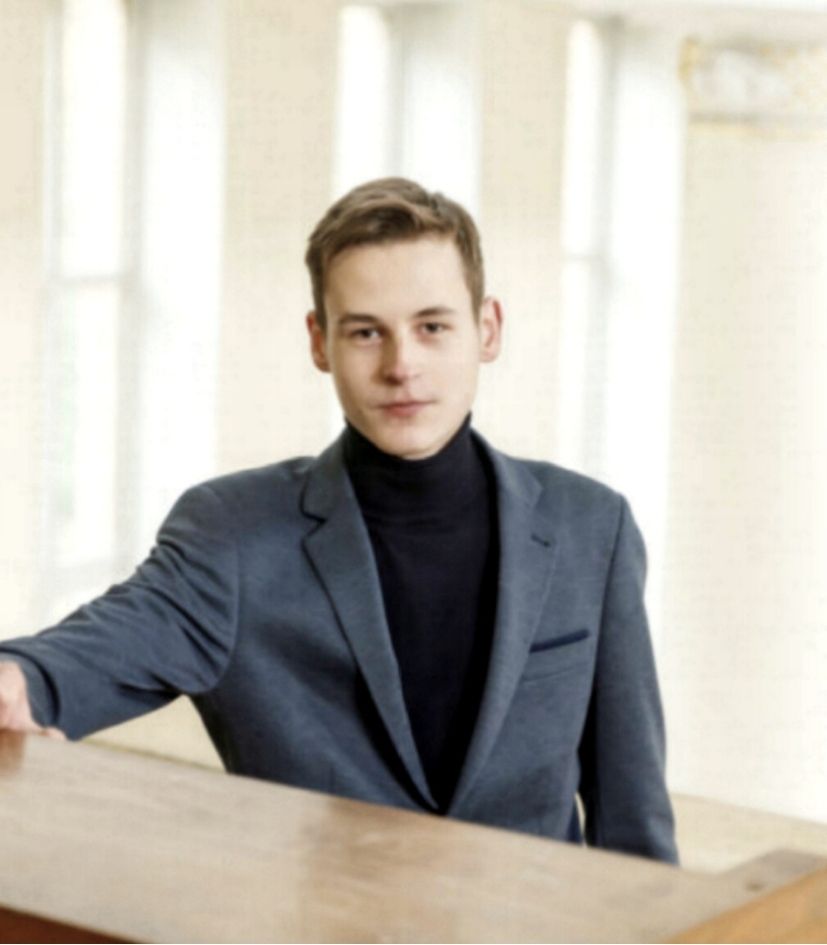 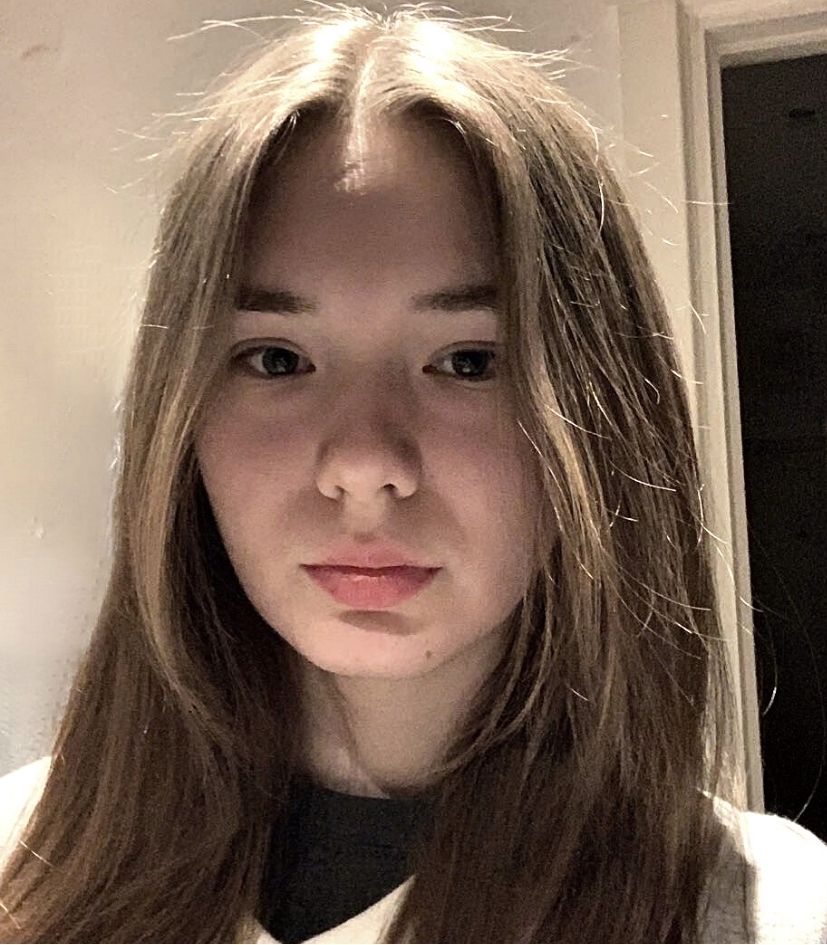 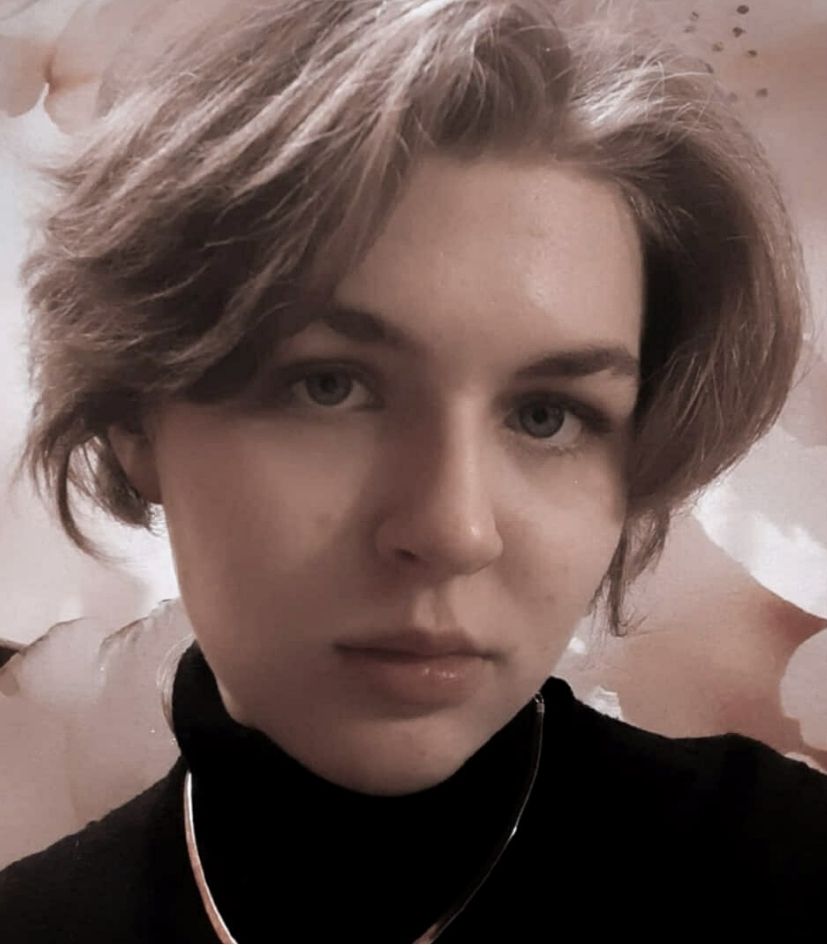 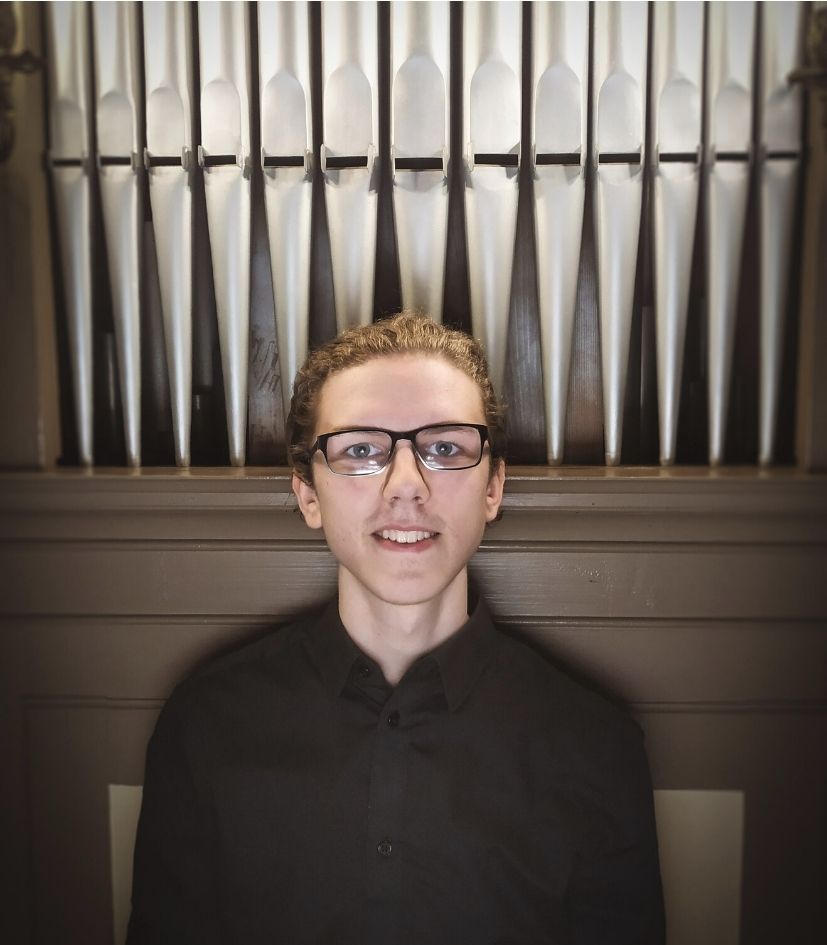 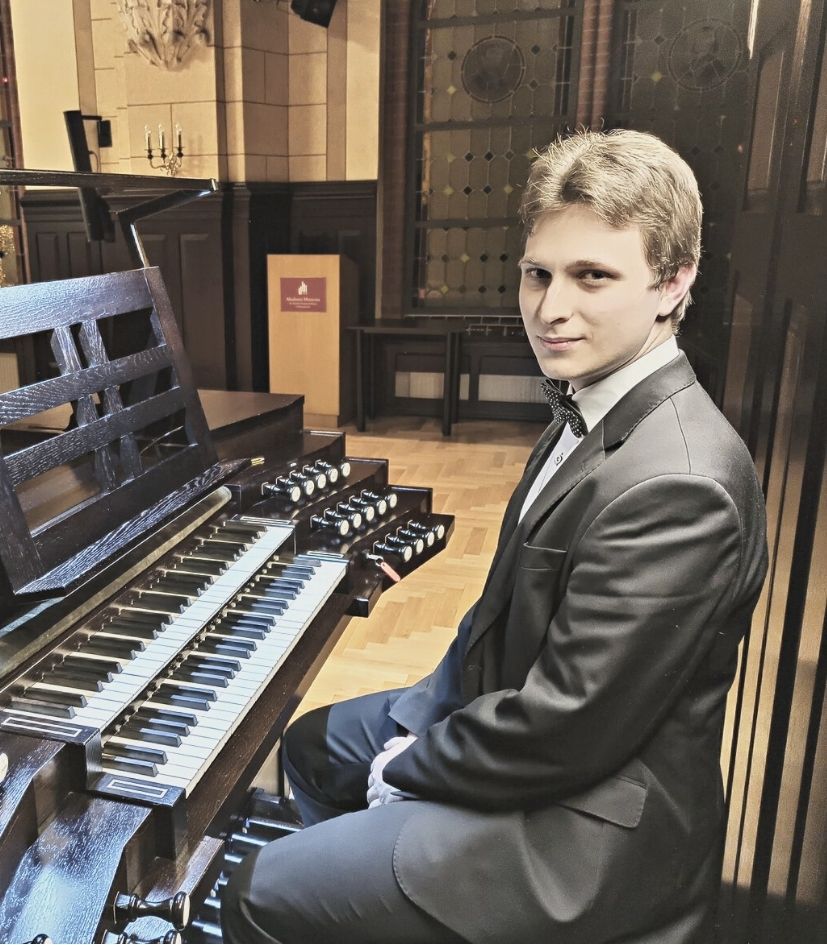 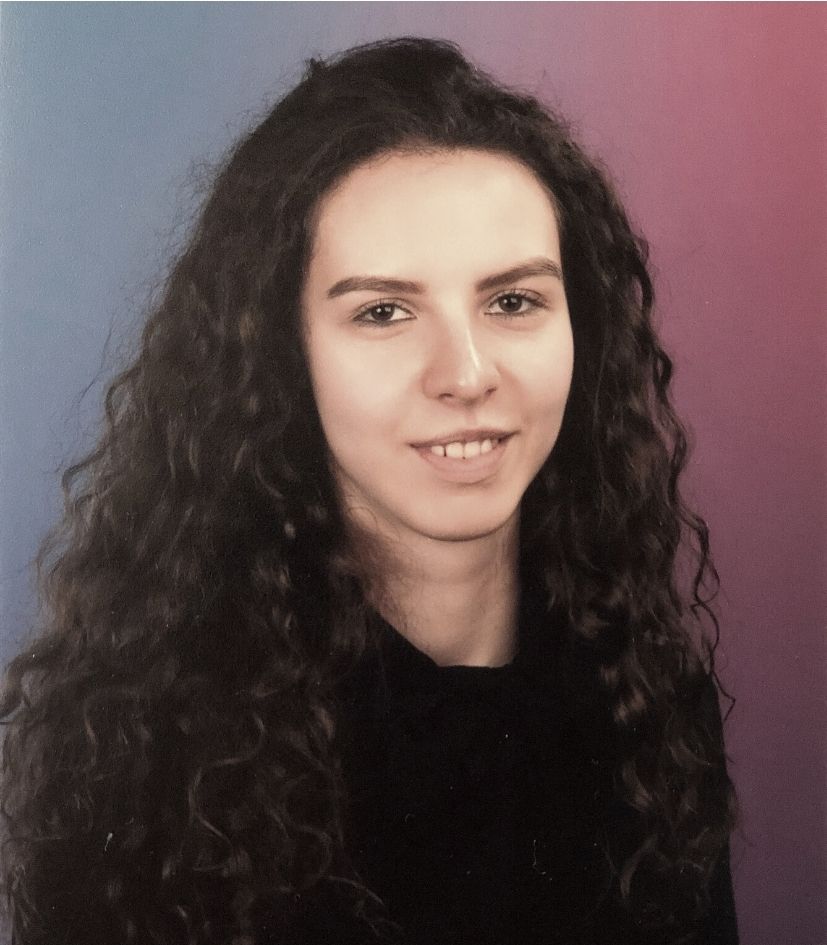 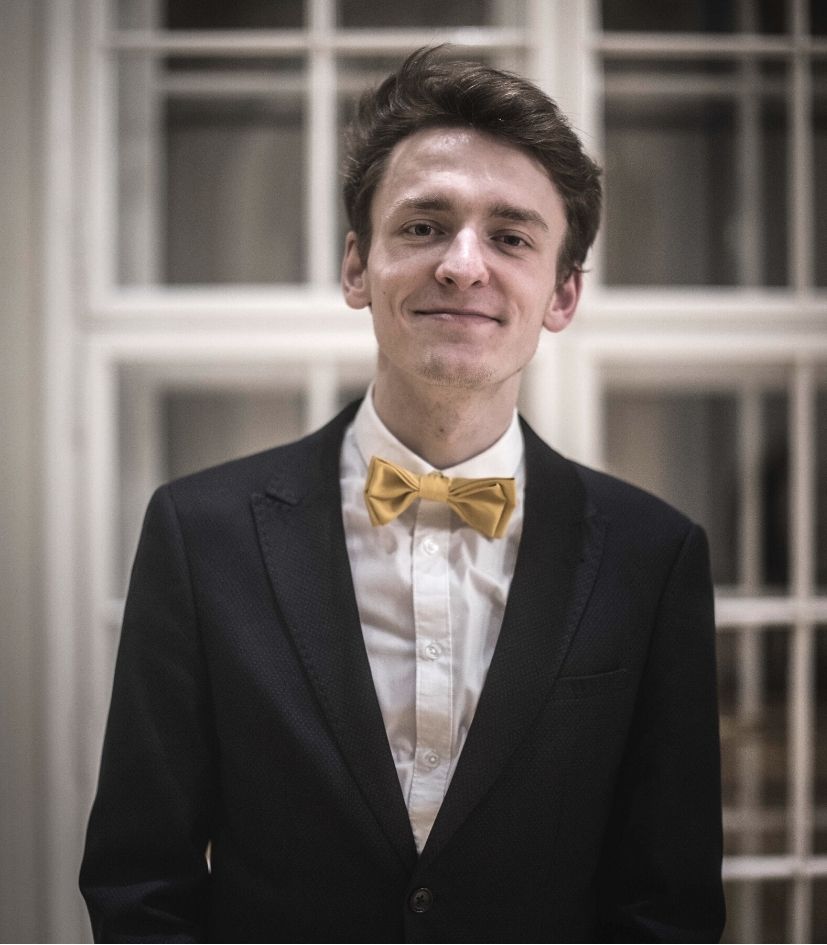 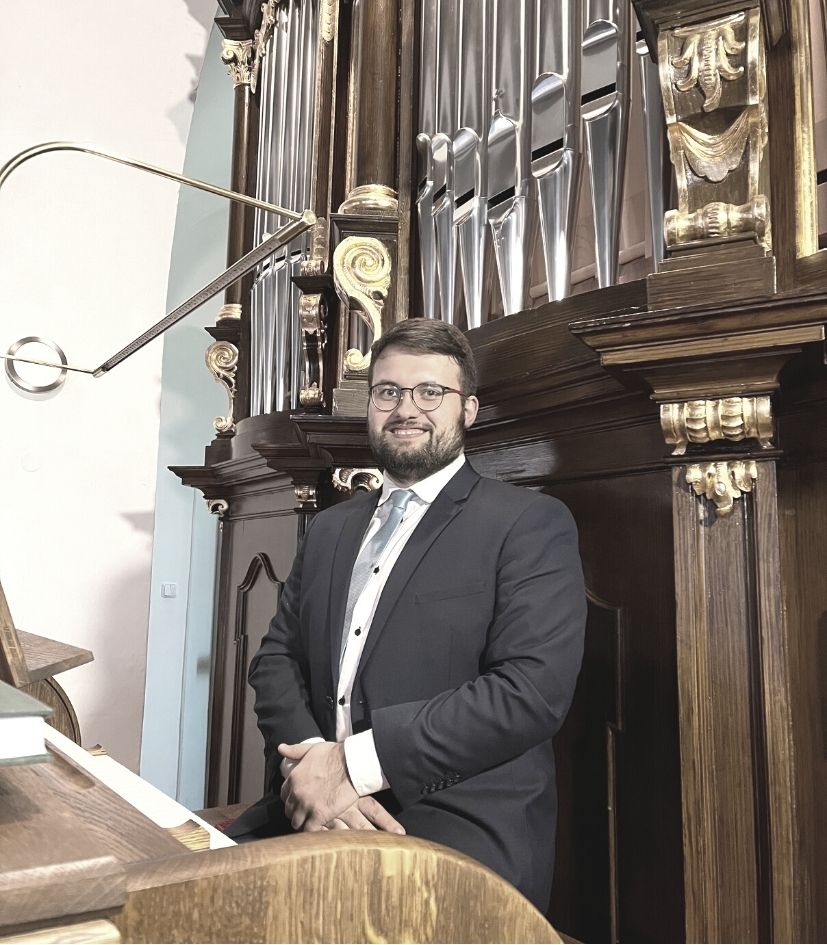 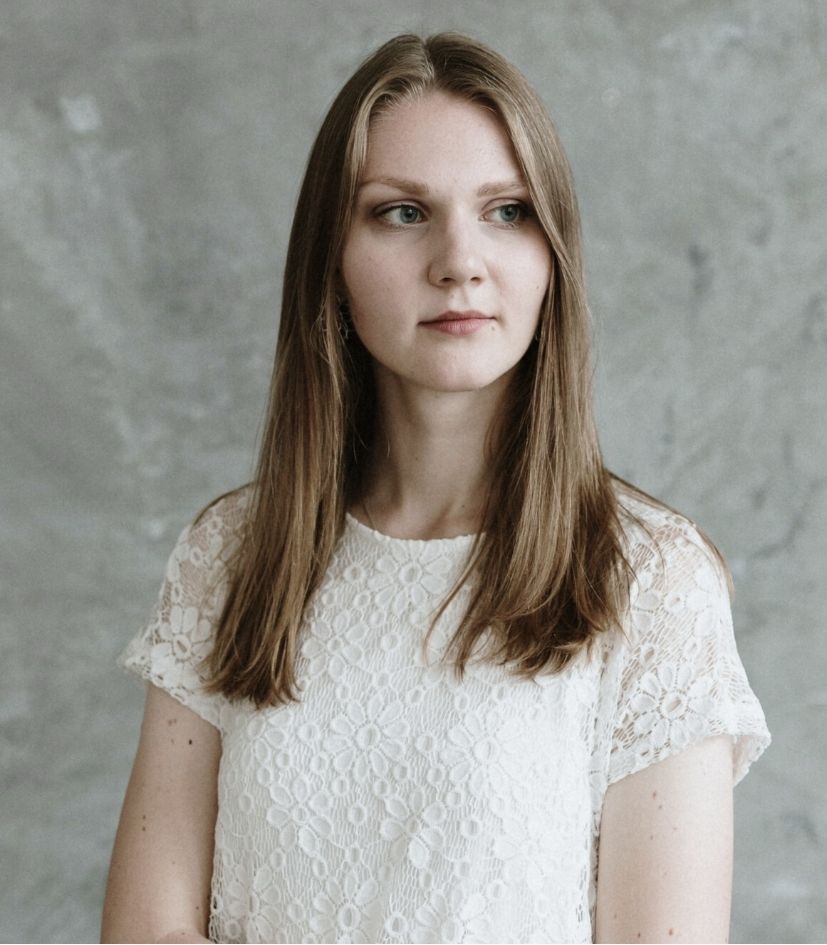 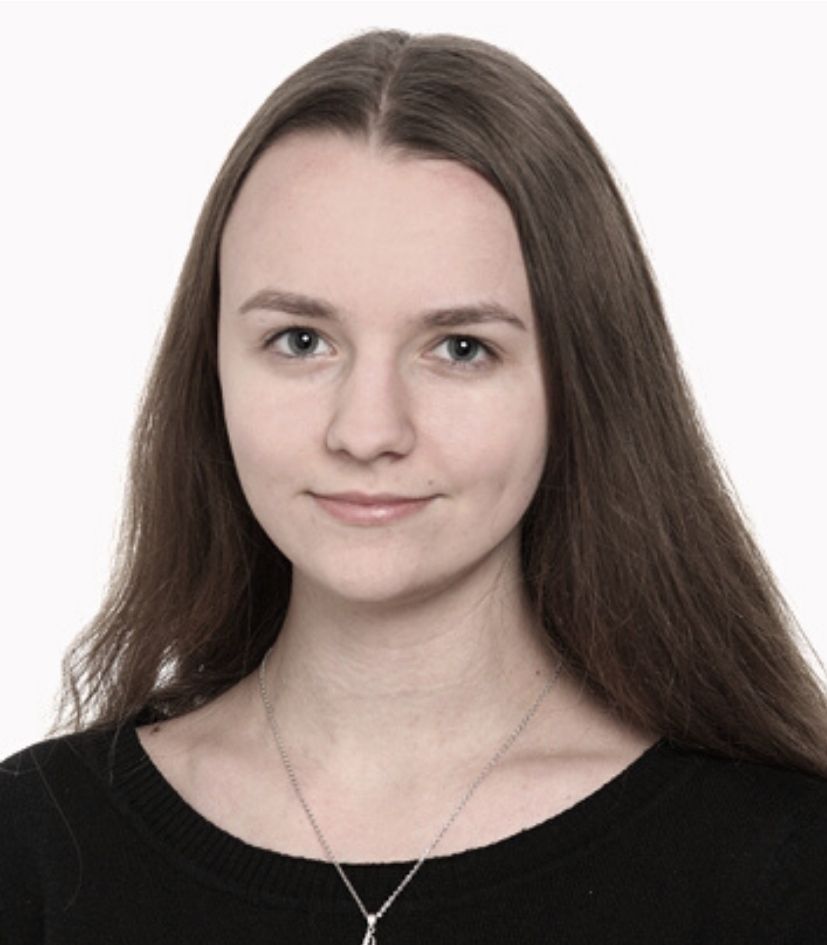 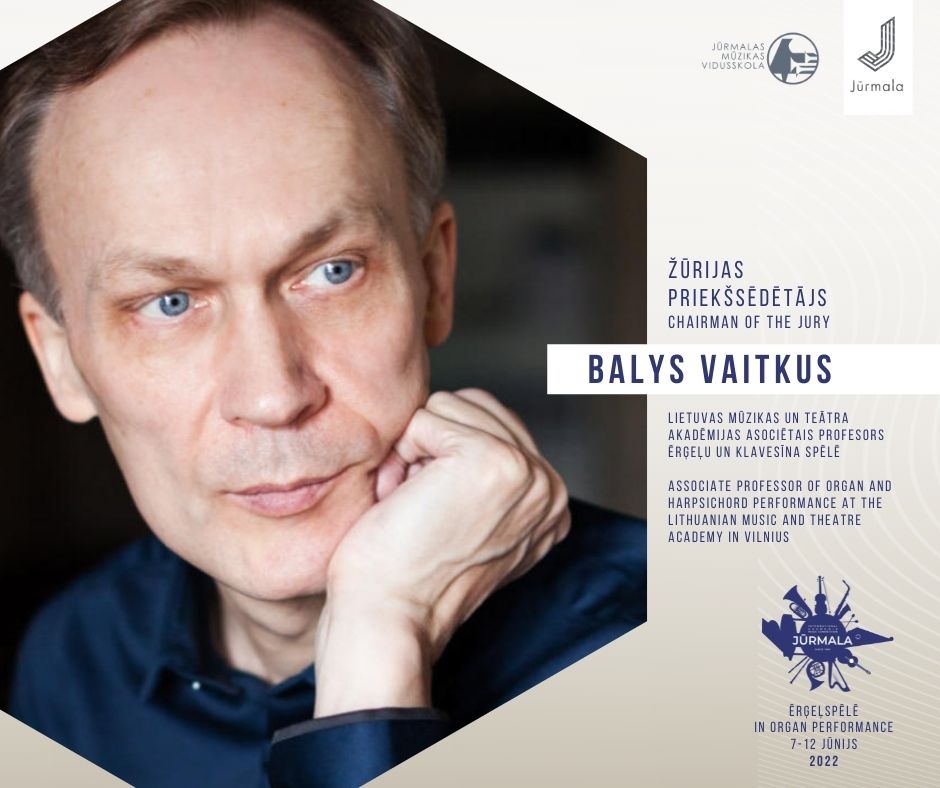 Chairman of the Jury

Dr. Balys Vaitkus – Associate Professor of organ and harpsichord performance at the Lithuanian Music and Theatre Academy in Vilnius. His successful career as an organist, boosted by several competitions’ prizes, lasts for nearly forty years meanwhile. Balys Vaitkus holds degrees in piano and organ performance from the Lithuanian Music and Theatre Academy, he studied organ performance at the Musikhochschule Lübeck (Germany) and harpsichord performance at the Academy of Fine Arts in Prague (Czech Republic). He also received scholarships and grants for artistic and scientific studies at the Academy of Fine Arts in Prague (1988-1989, 2007-2008), at “Académie de Sablé” (2008, France), at the Royal Conservatoire in The Hague (2013, the Netherlands), and at the Museum for Historic Instruments of Leipzig University (2013, Germany).
Balys Vaitkus has given numerous organ recitals in most European countries and toured extensively in Russia. His repertoire spreads from the pieces of composers before J.S.Bach up to contemporary music, such as organ pieces of A.Schoenberg, O.Messiaen, and modern Lithuanian composers.
In the recent years besides his teaching activities at the Lithuanian Music and Theatre Academy Balys Vaitkus acts as the chairman of the National Organists’ Association of Lithuania. 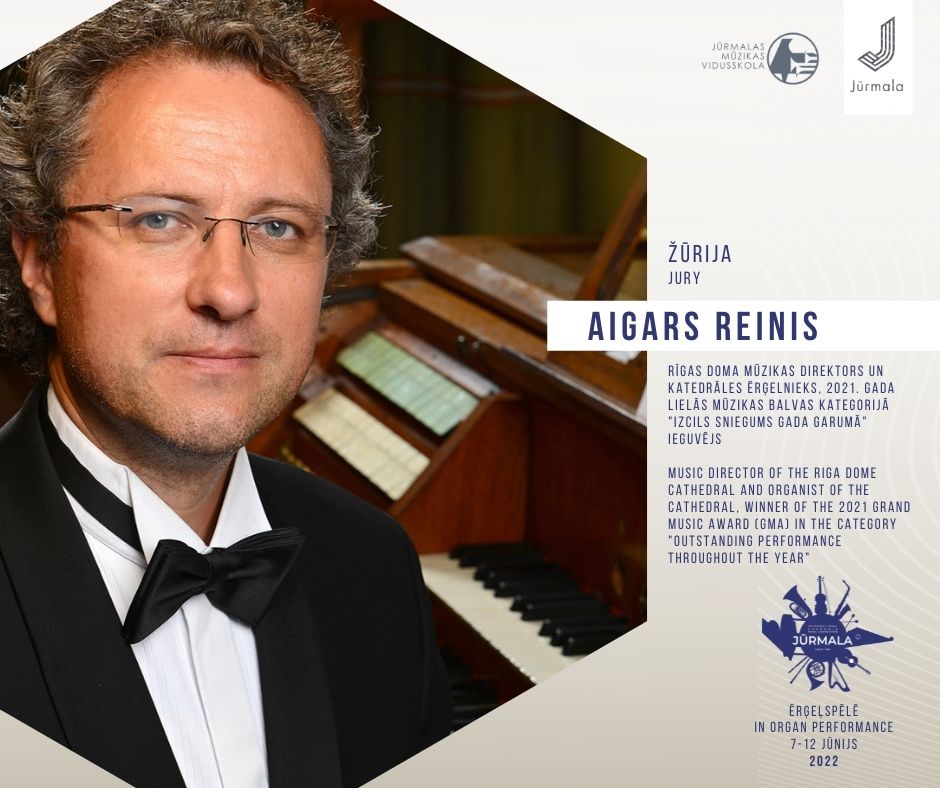 Aigars Reinis – the music director of the Riga Dome Cathedral and the organist of the Cathedral, as well as the winner of the Grand Music Award (GMA) 2021 in the category “Outstanding performance throughout the year”.
“Aigars is one of the most artistically interesting organists in Latvia” (Orest Silabriedis). He has been an artist and soloist of the Latvian Radio Choir for many years, a member of the vocal groups Schola Cantorum Riga and Ars Antiqua Riga. Conducted by the choir of the Bank of Latvia. Participated in the Lahti International Organ Competition and the Erfurt Competition in Germany. For more than ten years Aigars has been Organist of the Jelgava St.Anna Church and from 2013 to 2019 – Riga Old St. Gertrude Church Chief organist. Collaborated with professional groups such as Sinfonia Concertante, State Academic Choir “Latvia”, Latvian Radio Choir, chamber choir “Ave Sol”, conductors – Māris Sirmais, Sigvards Kļava, Guntis Kuzma, soloists Ēriks Kiršfelds, Marta Spārniņš, Elīna Endzele, Aigars Raumans, Rogerio Gonsalves and many others.
He studied at the Jāzeps Vītols Latvian Academy of Music in the organ class of Professor T. Deksnis, where he obtained a master’s degree in 2001. Supplemented his skills with Ludger Loman, Hans Ula-Erikson and Hans Helsten, participated in the Upland International Organ Academy. 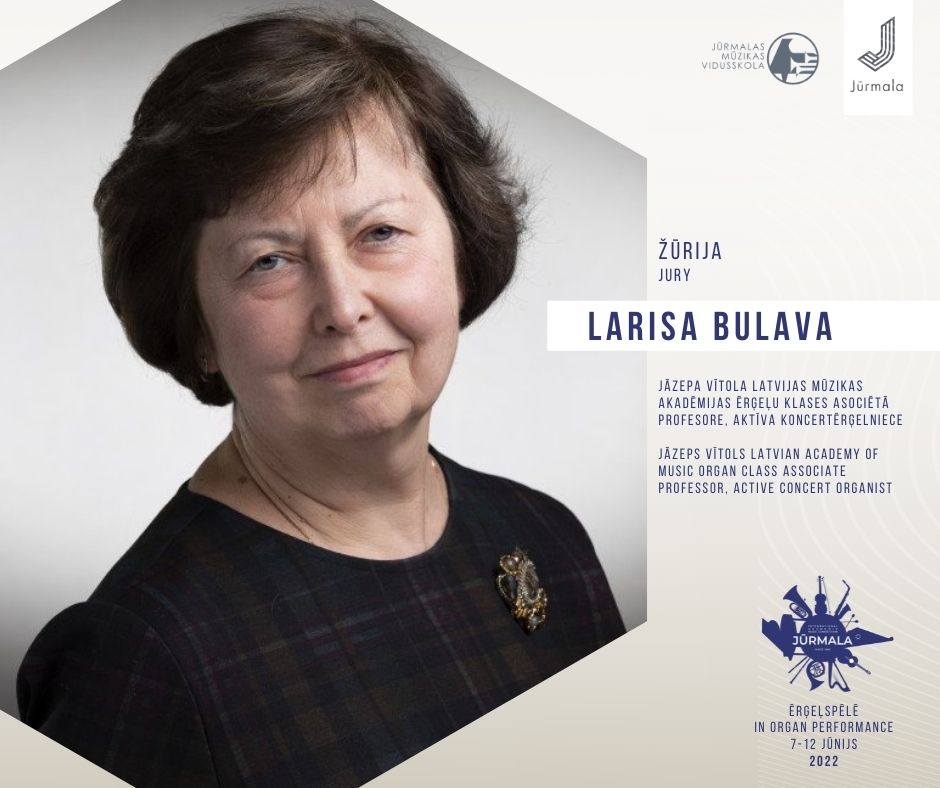 Larisa Bulava – one of the most experienced organists in Latvia – Jāzeps Vītols Latvian Academy of Music organ class associate professor and active concert organist.
Larisa Bulava graduated from the Jazeps Vitols Latvian National Conservatory as a pianist under prof. Igors Kalnins and as an organist under prof. Nikolajs Vanadzins (1974). She was further educated at master classes at the F. Mendelssohn-Bartholdy School of Music in Leipzig (1980-1981) and in various master classes. As a soloist and ensemble musician, she has given concerts in all of the former USSR republics, Germany, Austria, Poland, the Netherlands, Belgium, Scandinavia, Switzerland, Israel, Canada, and the USA. Her recordings can be found in the Latvian Radio archives and on several CDs. 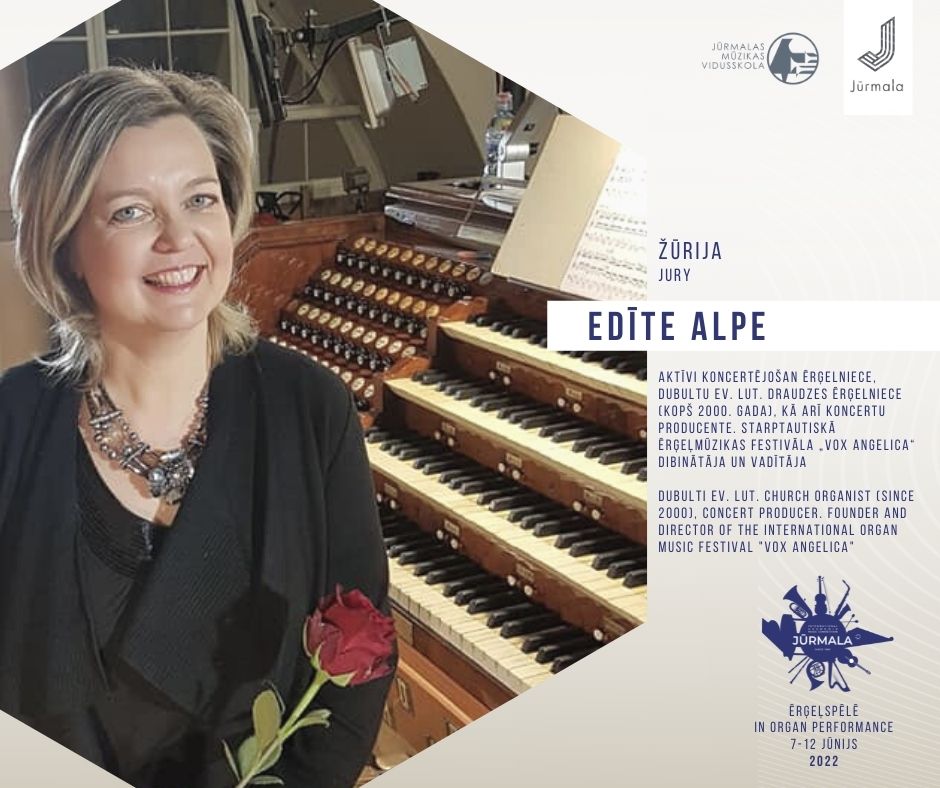 Edīte Alpe – the musical director of the competition “Jūrmala 2022”, since 1998 a pedagogue at the Jurmala High School of Music, where in 2007 founded and still leads the organ class, a well-known organist and producer of significant cultural events.
Edite Alpe is Dubulti lut. church organist (since 200), as well as concert producer and founder and director of the international organ music festival “Vox angelica”. The projects she manages have repeatedly received the Jurmala Award for Culture in various nominations.
Obtained a bachelor’s degree in 1998 in Jāzeps Vītols Latvian Academy of Music, in 2000 completed her studies at the Latvian Academy of Music with a master’s degree. Studied at the Bruksorgel International Summer Academy in Sweden and the Royal Conservatory in Toronto, Canada.
Edīte Alpe regularly performs in the most important venues of Latvian organ music concerts, as well as has given concerts abroad. She has collaborated with many acclaimed soloists and instrumentalists, such as playing in an organ duet with Tālivaldis Deksnis, singers Ilona Bagele, Inga Šļubovska – Kancēviča, Egils Siliņš, Evita Zālīte, Monta Martinsone, Žoržs Siksna, Olga Pyatigorsk, Solveiga Raja, violinists Raimonds Ozols, Jāzeps Jermolovs, Paula Šūmane, Indulis Cintiņš, flutists Dita Krenberga and Ilona Kudiņa, oboist Indra Egle and many others.